Last week I had the honour of being at the Inspiration for Life 24 hour lecture to raise money for a charity established by Tim Richardson, a physics lecturer  and inspirational teacher who died recently. You can read all about Tim and the charity here. It was a fantastic, moving, inspirational, funny, informative, and tiring night! Here's my diary of it, complete with photos - apologies for the quality of some of them, mainly taken on my phone in a dimly lit lecture theatre. 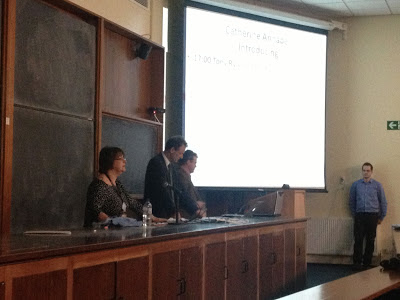 6.30pm Claire McGourley from Law talking about the Innocent Project and the INUK, set up by law departments to provide pro bono casework for allegedly innocent victims of wrongful conviction. Excellent talk, surprised at how much is put in the way of overturning a wrongful conviction.

7pm Jamie McGourlay from Rolls Royce on gas turbines. Learnt that gas turbines are jet engines. Some so powerful they could turn the lecture theatre into a vacuum in less than a second. 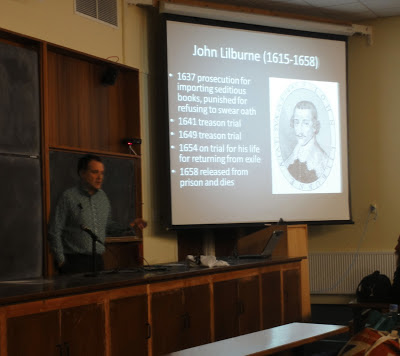 7.30pm Mike Braddick on John Lilburne,  founder of Human Rights. Some gruesome punishments around in 17th century. Illustrating suffering as the guarantee of authenticity, like Mandela, Ghandi. Another excellent talk, very passionate.

8pm Lecture theatre fills up with the Dan Tovey fan club (so I'm told). First particle physics talk of night. Almost kept up. Impressive stuff about the Atlas experiment at CERN and the competition between the dfferent experiments to find the Higgs Boson. Which Atlas did.

8.30 Dentistry, kissing and the mouth. Learned that toothpaste and brushing has improved the oral health of the nation more than dental services. Brushing teeth with a flouride toothpaste is a bigger determinant of dental health than going to a dentist. That cheered me up.

9.15 Fantastic big band playing in foyer, in their PJs. 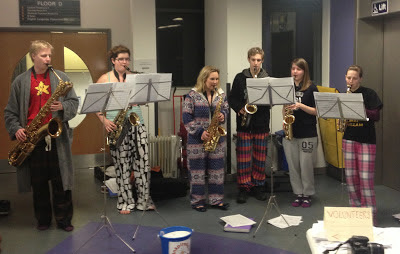 9.30 Brendan Stone. This is not a Lecture. It wasn't. It was a story written about a real event a couple of weeks ago when Brendan found a man laying in the road.  Gripping. Tweets stopped completely. Listen to it when we publish the recordings. 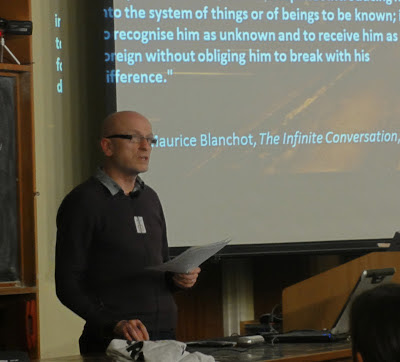 10pm. Another band playing in foyer. 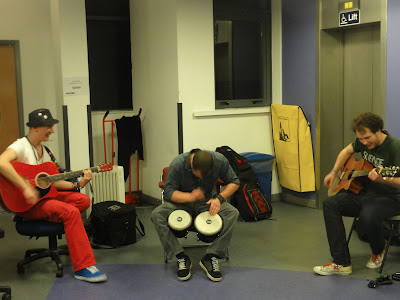 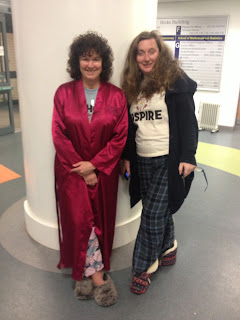 1130  Professor Vanessa turns the lights off, and we're into an hour of ghosts -  haunted attractions through the ages. 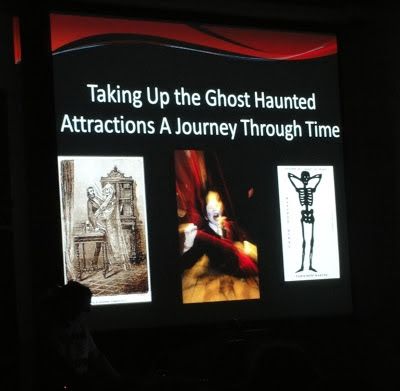 We had Phantasmagoria, Peppers Ghost, 12 foot Curried Prawns descending on audiences. It's all done with smoke and mirrors and Vanessa explained how. Ghost shows, spiritualism, ghost rides - everything illustrated with some wonderful old film clips. And finally, we were all freaked out by film of a dancing, stripping pig. Watch this and be traumatised.

1230am A Piano is carried into the lecture theare, followed by more crowds of students. The physics students are out in force for the graveyard shift.  Ed Daw in his pyjamas playing blues and jazz on the piano. A tiny bit of physics, and a lot of piano.

1am Paul Crowther in a dressing gown (but bare legs - what was he wearing?) showing pictures of deep space taken from the Hubble telescope. Fabulous pics. 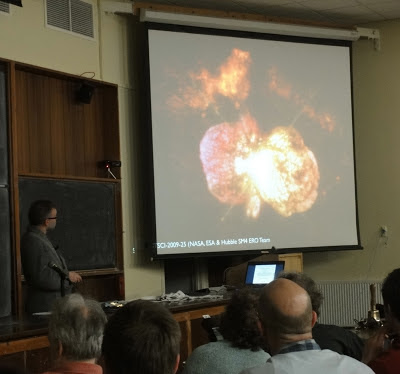 Students have an assortment of food and drink to keep them going. Have to take bin liners round at frequent intervals to collect mountains of rubbish 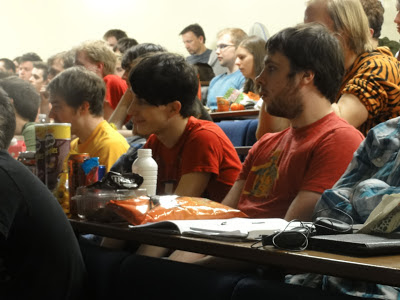 1.30, Ash Cadby on Light. Is it a wave, is a particle? Tonight it's a wave. Great film of an invisible octopus suddenly appearing

2.00 Matt Mears, dressed in a panda onsie, on the physics of making a good cup of tea. 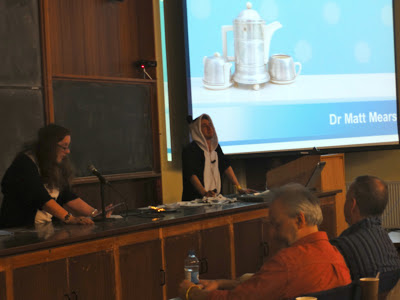 We drink 165m cups of tea a day in Britain, and if you want a hot brew after 5 minutes, add whole milk immediately after tea is poured. Useful

2.30 Eugenia Cheng playing violin in foyer to a YouTube video of herself playing the piano. 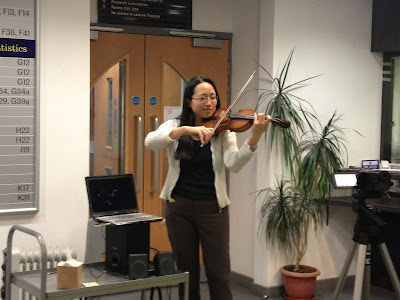 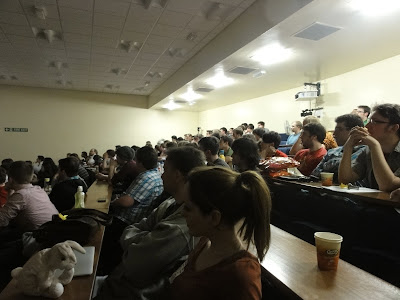 Go for a walk outside, get some fresh air, drink more coffee. Definitely not with a slug of brandy in from my hip flask. Sit in foyer, listen to music, chat to ticket sellers, security, and students who are working up there. 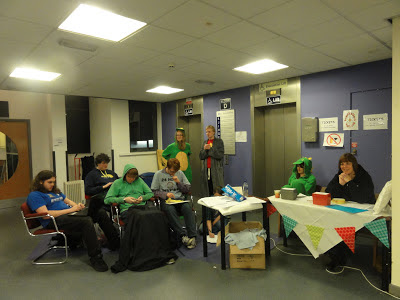 3am Mark Geoghagan on Nanotechnology. Which company has the most nanotechnology patents? L'Oreal. Because we're worth it.

3.30 Nigel Clark on the science of drumming. Lots of physics about resonance etc. Why different drums make different sounds. Drums as pitched and unpitched instruments.

4.30am More particle physics. Am completely lost by this one. Something about mass, quarks, charm and a charge called colour. Have my first ever energy drink. Tastes disgusting 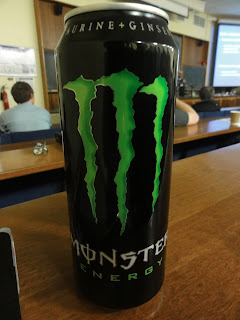 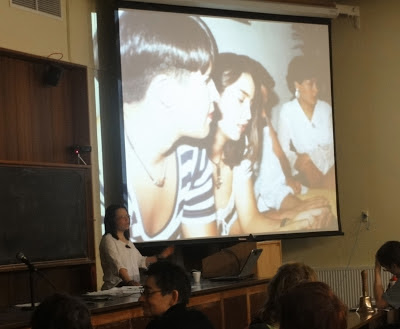 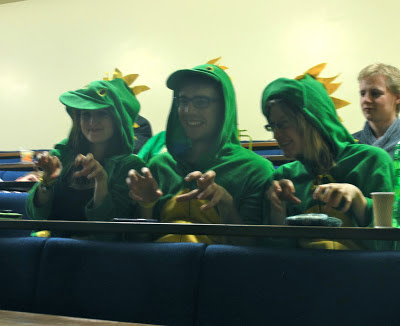 Matt Flinders and the politics of fear. Good political commentary. 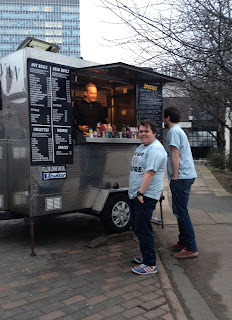 Bacon Butties all round.

7.30am. Bubbles. Getting a bit tired again now so struggliing to remember but I know there was bubbles. 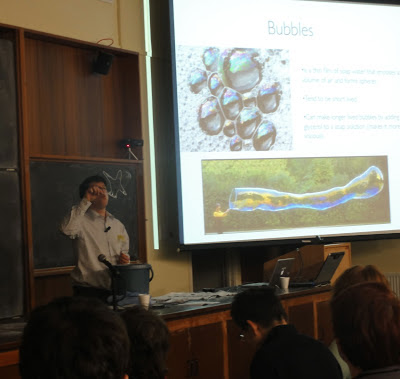 Lecture theatre starts to fill up again with day shift, or lightweights to those of us who'd been there all night.
Go out for walk and meet VC on way to give his talk.

9am VC on Higgs Boson, complete with light sabre, to illustrate The Force of course. 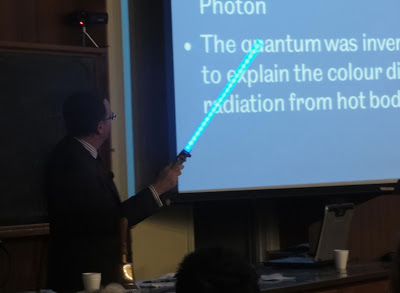 This is the third particle physics lecture I've sat through in last 15 hours, and first one I've understood.

9.45 Some of the overnight students are "resting" I'm reliably informed they are not asleep. 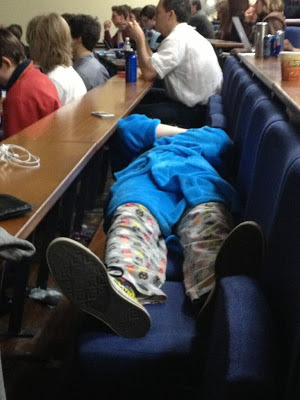 10.00am Sneak home for shower, change, a very quick nap and to pack another case as I'm going away for the weekend when this is over.

1130 back to find Graham playing his harp in the foyer. 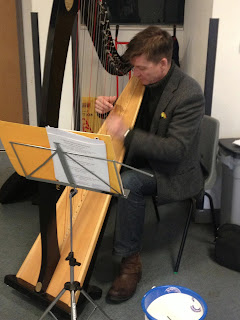 1pm Susan Cartwright on Are we alone in the Universe? If there are aliens out there, why haven't we had contact yet? Maybe we don't exist, and we're just a simulation created by some intelligent beings.....

2pm Have to go to day job for a while, sort some thing out, boring stuff compared to this.

3pm Tim Birkhead, lots of sex. Mainly in birds. Penises of every size and shape including spiral. Birds with huge testes: 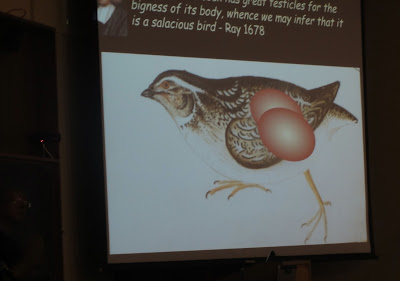 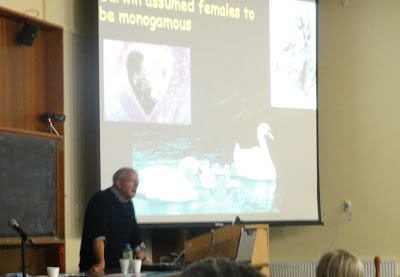 3.30 Talk on creativity, which is heightened when you're tired. Should be a lot of creativity in this room then. Creative people have a tolerance for ambiguity, like taking risks, are open minded, independent, have a lot of personal energy, and are a tiny bit arrogant. Hmmm, does that sound like anyone?

4.00 and its time for the last talk. Giant bowl brought in, did wonder what size goldfish we were going to have 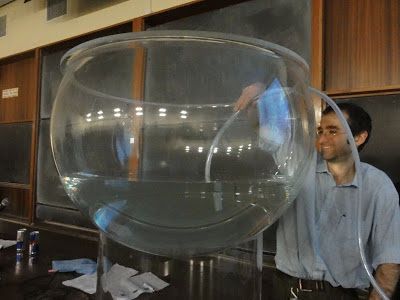 But it was just Tony Ryan and Helen Storey and their story of Chemistry meeting Art. Dresses that self dissolve, and catalytic clothing which cleans the air. 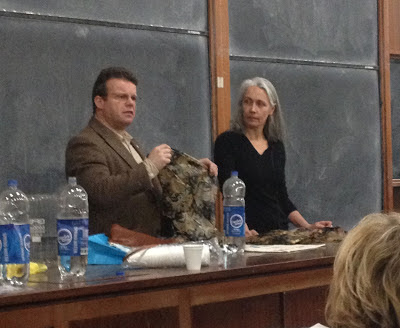 A fitting end to a great day, and a very emotional finish from Catherine who had masterminded and organised the whole thing.

An amazing experience. So many people involved, so much more happenening than I could capture here. A brilliant example of a University community coming together.

There's a Storify here where you can see the event in tweets and pictures.

Everything was recorded, and will be available soon.

If you couldn't make it and wan to donate, you can do so here.

I suspect a lot of people slept very well on Friday night!

Many thanks Chris for a lovely record of the event - and for your tremendous support for it.

I've just downloaded iStripper, and now I enjoy having the sexiest virtual strippers on my taskbar. 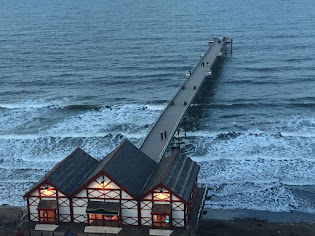